We have hit the seventh month of the year everyone! Number 7! I don’t know about you but the first half of 2016 went by like a bullet train. I know the saying goes that the older you get the quicker time seems to rush by, but I’m not that old! LOL

May and June were a whirlwind of activity, dormancy and change.

Those are the highlights, couple of lowlights too, but no one’s life is all ups all the time, right?

New month needs a theme, motivation, quotes and all that jazz. More than that, I realized that by not blogging, I actually wasn’t tracking my feelings either. This space is where I actually get to take a minute, breathe, and tune in to what I want for myself. A place to be honest and right now? I need that.

Cool. July! Here’s to you! May you be hot, steamy, challenging and fun 🙂

i know that yesterday i conveyed that my life is moving at a crazy clip, and i thought today i would break it down a bit for you for this Wordy Wednesday. being able to say at the top of 2015, i am effectively wearing about four hats at a time, is a pretty awesome accomplishment. not only am i approaching my acting career with renewed vigor and focus, but i’m back in the teaching seat with my students over at Stella Adler and will soon set foot back on Riker’s Island. working with the Rising Circle Theater Collective now, i am exposing myself to the ins-and-outs of the not-for-profit theatre world, (grant writing, social media push, building community) and lest we forget, my day job is leering its head as well. talk about a whole bunch of responsibility! i am just chomping at the bit to give my all, placing my hands in the fire as it were, and marching forward with gusto and joie de vivre.

it’s so great to stretch every muscle that makes me a unique individual. calling upon my love of culture, of diversity, Shakespeare, the written word, the power of theatre, and the vitality of life and the human experience has already begun to shape 2015 into something truly spectacular, and the month isn’t even over yet. what whirlwind! so much in store, tons of which i don’t even know exist yet.

exposing the underbelly of your being you fight to conceal.

small drops of water that can express

uncertainty, pain, joy, and irritation caused by an unknown source.

droplets, which combined together, comprise our whole.

the whole, which can smell, see, hear, taste and touch the person who we hold most dear

the experiences which brought unmistakable change

and rush to uncontrolled deluge, swallowing you whole, drowning you in immense emotions

preventing you from catching your breath and swimming to shore, safety , home

the place or person you see as your anchor, your solid rock, your soft hands that can wipe the tears away

and help put your heart and soul together again 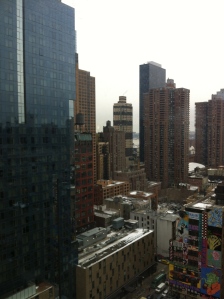 Am I the only person that finds it hard to believe that we have already reached the downward slope of 2013? Meaning it’s November (11th for that matter, Veteran’s Day for another) and that Christmas trees, ice skating rinks, holiday pop up shops, and layaway options for electronics, clothes, toys and furniture are now rampant from television screens to scaffolding to lobby displays in Midtown and beyond?

Seems kind of fast doesn’t it? Especially since it’s not even Thanksgiving yet (which I’m pretty sure all retailers, sans Macy’s, have forgotten exists).

I gotta say that last week, was busy in one way and extremely mellow in another. Meaning that I was trying to find stable footing after the closing of Ivanov but was unable to with Halloween festivities, travel to Atlantic City and trying to figure out what November means for me in terms of personal goals and themes.

Let’s just say that I’m still trying to catch my breath, but it’s nice to be in a flurry of activity. Getting back in the audition room, spending time with new friends, watching my Ivanov fam kick butt in their French Existentialist plays, finally catching up with my brother on the phone, helping vote in a new Mayor for New York City,  attending an Ivy League football game (woof), and watching my Saints stomp on the Cowboys last night, I got a lot done I think.

Well the words are out, so look for picture posts today and tomorrow that will catch you up to all that was described here. Whooo.

O November, the season of reunion, family, football, and re connections. Can’t believe you’re here already, and almost halfway over at that, as always I’m curious to see what this month will bring.

What is more freeing than crying in the rain?
As the heavens open refreshing the earth with cool wet rain
My mind and body are able to release the hurt, pain and unconscious feelings bottled up inside
Smelling the earth reinvigorated with the scent of green, dirt, and crispness of air
I am able to extinguish all doubts and fears that were trapped inside
Do not feel sorry for me
Feel sorry for those who feel they must never let go of what is inside of them
How else can we dream and envision a life worth living
If we are unable to let the clouds of our soul burst open freeing the ideas we have not yet opened and explored?

Isn’t it funny how letting go can be one of the simplest, yet hardest things in the world to do? For the past few weeks, I have been steadily been on the path of letting go. Letting go of control, of people, feelings, and situations is something we all find ourselves doing at one point or another because we may feel that in order to move forward something must be left behind. Well I gotta tell you, letting go in this day and age seems especially difficult, what with Facebook and Twitter and text messaging and photo stream and blah blah blah. Even when I  may be feeling great, accomplishing so much, booking gigs, meeting new people and solidifying friendships, all it takes is a glimpse of somebody’s picture for me to want to reach out and basically start from scratch.

I was having a conversation with a dear friend last night about such an occurrence, the difficulties you face when moving forward, the past you must reconcile with in order to come into the life God has waiting for you. Man! Talk about tough, but then again nobody said that life was easy now did they? (and if they did, clearly they were extremely naive, blessed or a bit of both). While I didn’t act on the impulse to reach out, it’s still there, teasing me. But what I do know is that it will pass, that better times are waiting for me and that, in all honesty, is what makes “letting go” worthwhile.